Recently I’ve spent a couple of days in Venice. There I took this candid of an ad in one of its Vaporetto’s that function like a bus or tramline in other cities. Just as a reminder for some advice to The Hague.
END_OF_DOCUMENT_TOKEN_TO_BE_REPLACED

If you’ve even been to the Grote Markt on a sunny day, then you will know that this is a popular meeting place. Chances are you probably didn’t even notice that there are several different cafes, as they all seem to melt into one big terras. Zeta does not necessarily stand out, but it’s literally next door to the more well known cafe the Zwarte Ruiter.

Whilst each cafe attempts to create it’s own individual style, Zeta is the pearl. Zeta serves good coffee (bonus!) and there is truly a wide range of different people to be found throughout the day. For a cafe to appeal to such an eclectic crowd is quite unique.

The hidden treasure for food lovers is the kitchen at the back of the bar, where scrumptious thai food is cooked with love and served by friendly staff. Even the most fussy eater will be happy here as they are capable to adjust to your individual needs. My tip is to order the Pad Thai, but you have been warned, only order if you are really hungry, this food fills! On my to eat list is the Crème de Brulée with lemongrass, I’ve just never been able to fit in so far. 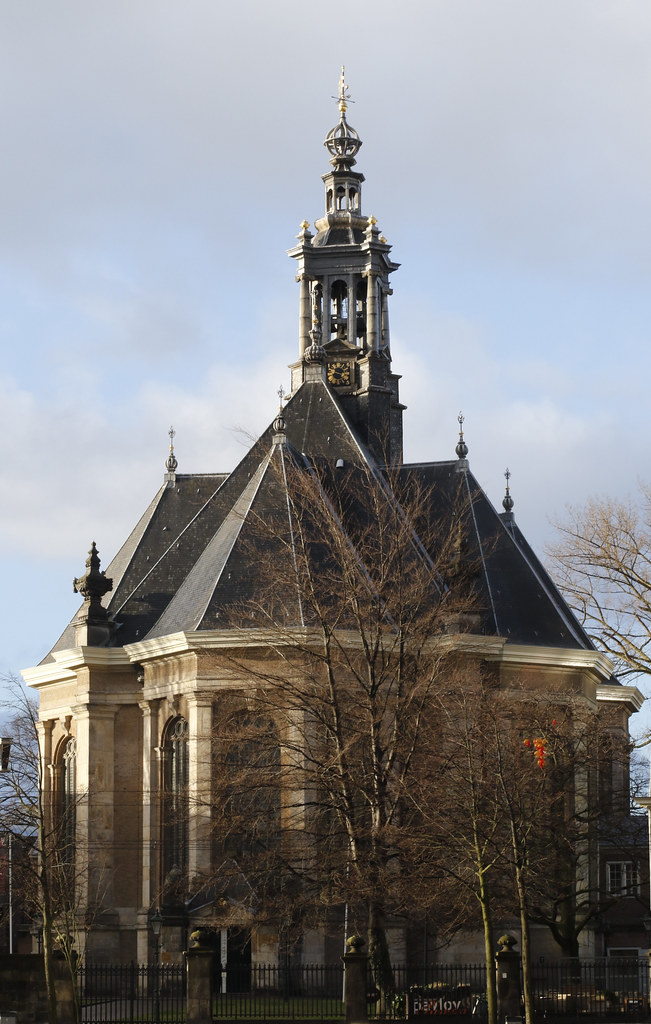 The 2014 new herring has arrived and is good. To celebrate this a photo of a sunset last year at Scheveningen behind the Herring Eater Sculpture in front of the Museum Beelden aan Zee.

Yes a Tweetup! Where and when that’s the question!

We would like to organize a ATH tweetup but over the last months we haven’t been able to find the right location for a FAB meetup. Do you have suggestions or recommendations leave a comment, we’d love to hear from you.

From all of us at Absolutely The Hague!

Welcome to the Carnival of Cities for October 6, 2010.
In the Carnival of Cities by turn bloggers post the best posts about one city or town produced by other bloggers who have entered their posts. Is an excellent way to spread the word about your blog and/or to bring your city to the attention of readers of other blogs. For us as a relatively new blog dedicated to one city (The Hague, Absolutely!) it’s an honor to host this blog carnival Carnival of Cities, originally set up by Sheila Scarborough on her Family Travel Logue back in 2007. Sheila doesn’t confine herself to just one blog, do read my interview with her, and, more importantly, she has visited The Hague several times when she used to live in The Netherlands.

The last edition of September 22, 2010, was hosted at Family Travel Logue and the next edition of October 20, 2010 will be hosted at Sheila’s Guide to the Good Stuff.

The rules for this Carnival of Cities clearly state that the posts have to reflect just one city or one town of any importance. So unfortunately I had to delete a couple of submissions that did not comply.

I take the liberty to include footage of surfing in Scheveningen, The Hague’s Beach Resort, referring to a prior post where 9 photographers were gliding rather than riding the North Sea, saying: “You were lucky guys, the weather was not like this or even worse:-)”

That concludes this edition. Submit your blog article to the next edition of carnival of cities using the Carnival of Cities Submission Form. Past posts and future hosts can be found on our blog carnival index page.

Sunday October 3rd, Scheveningen.
It was a perfect day for an offshore photo shoot for the new websites of RIB-school Scheveningen (www.ribschool.nl & www.rib-actie.nl).

Nine photographers from the Haags Bakkie group on Flickr went to sea on two powerboats enjoying 90 minutes of elementary and revitalizing fun.

Many of the pictures taken can be enjoyed in the Haags Bakkie pool on Flickr.
The route we sailed can be found on Google maps, thanks to Wim/Oxidiser.

Special thanks to Nachburgemeester (night-mayor) René Bom for introducing us to RIB-school Scheveningen, to the Puglia family for a wonderful day, and to Jan Hammer for the musical framework.

After some experimenting I managed to create an English language Daily paper based on Tweets: The Absolutely The Hague Daily. The Daily is aggregated on the basis of a small list of Tweeps who are connected to The Hague and who in general tweet in English.

It is a less flashy but better reading in English Daily than the Dutch version I reported about here..

Let me know what you think.

Duivenvoorde Castle dates from the 13th century and is one of the oldest in South Holland.

Originating in the 13th century, Duivenvoorde Castle (Kasteel Duivenvoorde) in The Hague suburb of Voorschoten is one of the oldest castles in Zuid Holland.  For the first five centuries of its history one family, the Van Duivenvoordes, who gave the castle its name, owned the castle.  Opened to the public in 1960, the castle’s magnificent rooms are furnished with Delft earthenware, Chinese and European porcelain and portraits of the noble Van Duivenvoorde family.

This year the castle celebrates 50 years of being opened to public with a number of special events including a series of lectures, a photo, drawing and painting competition and  exhibition based on the theme Timeless Trendy which focuses on the way the castle’s interior and modern art collection.

Duivenvoorde Castle is also available for special events and is a popular place for weddings, parties and in the summer months, concerts.  Every October candlelight tours are offered, allowing you to experience the splendor of this beautiful castle by candlelight.

For more information on Duivenvoorde Castle, its opening hours and 50th year celebration visit the website.