The day before yesterday a FaceBook friend, Sam, posted a picture on my wall of a bicycle bearing my name.
My last name Burgers also is the name of the oldest bicycle factory in The Netherlands (not related), so that wasn’t the surprise. The funny thing was that it also had my firstname in big letters on the rear: MAUP.
Maup being short for Maurits. 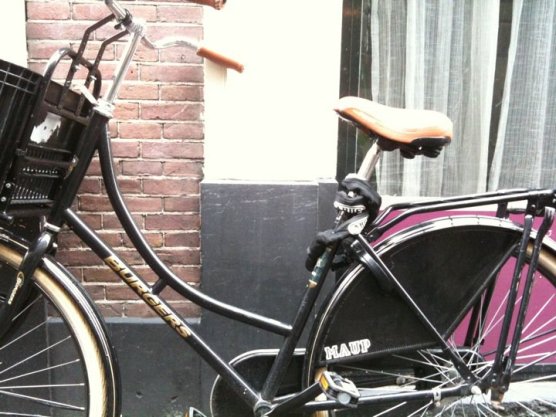 You can find the original on my FaceBook Wall. I thought it to be photoshopped, the letters being that white but wasn’t quite sure so I asked her if she could swear that this was’nt a joke. Sam and I know eachother from before the arrival of Internet and I know she would never lie to me.

She sent me her originals and informed me on the location where she saw this bike. Today I went for that spot and yes it was there. I found it in almost the exact same location. This had to be a commuters bike, from a person working in that building. 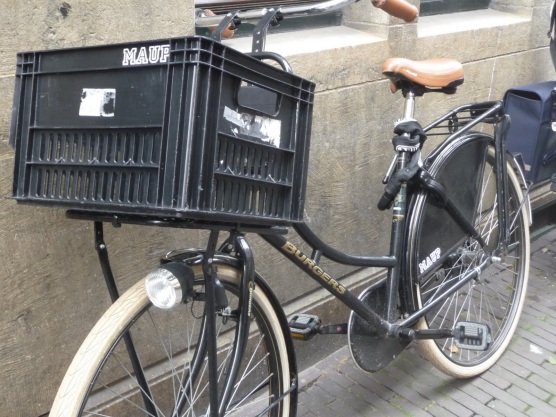 I now saw that my name is also written on the front crate.But still I was puzzled.

Desperate to learn more I stopped and decided to leave a note in the crate asking the owner if he was a Maup as well and explaining my puzzlement. I also asked if I could use a photo of the vehicle on this website.

At that moment a person (thanks Rachid) left the building in front of which the bike was parked. He was having his cigarette break. I asked him if he knew who the owner was. He did, it was his colleague’s, a Maurits indeed. I informed him of my name and asked if he could pass the message and my e-mail address tot this other Maurits. You must know our name isn’t very common knowadays.

Since a couple of hours Maurits and Maurits have become friends on FaceBook, via a bicycle with my name.

This article is simultaneously posted at MauritsBurgers.com

Quotes "What can you say about Maupi? The Internet without Maurits is like a day without sunshine!" Dale "He is a video production visionary, bigtime." Shawn "Maurits is an awesome friend and he is everywhere." Disco View all posts by Maurits Burgers

This site uses Akismet to reduce spam. Learn how your comment data is processed.